Here’s the reworked, remastered episodes that have improved sound – and thanks again to all of my listeners for their patience! 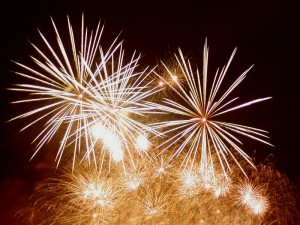 For each of these episodes, either download the direct mp3 link featured, or refresh your iTunes/Zune to get the new episode that will replace the former one.

Although it is time for seasonal cheer, beer, what have you – the end of our school year for us in the southern hemisphere includes a fresh batch of abandoned lucky charms to clean out of my classroom. Here’s a short run-down on some of the reasons why! Transcript and References for this episode.

New Year superstitions have always intrigued me – simply because there’s so many of them and not much has been said about ‘why?’ From the recent news of injury in the Philippines due to unsafe use of celebratory fireworks, to the Scottish tradition of ‘First Footing’, there’s a lot going on to commemorate the start of a new year.

One of the big questions that is asked about paranormal belief (and often quite controversial) – is whether men or women are more likely to believe. Which sex is more likely to be superstitious? There’s a lot of research and results point to both ‘nature and nurture’, enough to make this the first part of several investigations into the topic! Transcript and references here.