BREAKING   /
YOU ARE HERE:Home » Podcast Episode » Episode Fifty-Eight – On Magic And Pieces Of Mind – Interview With Simon Taylor
Podcast Episode 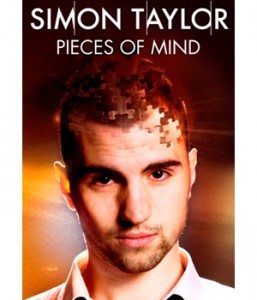 This is a special early-episode of the Token Skeptic – this weekend I’ll be attending the live concert of Tim Minchin and I’ll also be interviewing my friend Michael McRae on his recently released book ‘Tribal Science’! On the other side of the microphone recently – I was interviewed for Meet The Skeptics – check out the mp3 here! Forthcoming interview for The Skeptical Experience later this month.

However, if you’re not in Perth but in Adelaide or Melbourne – you should be checking out the performances of Simon Taylor this month and during the Melbourne Comedy Festival!

Former psychology student turned award-winning entertainer, Simon Taylor attempts to solve the puzzles of the mind. He knows what you are thinking-and will make you laugh out loud as he tells you.

A pertinent panel on ‘Entertainment and Skepticism’ at TAMOz last year featured an impassioned and memorable walk-out by mentalist and magician Simon Taylor, as he urged us all not to look down at others based on their approach to thinking and factor in emotion and empathy when we communicate.

In this interview, we discuss his interest and ongoing research on the topic of magic and deception; his successful TEDx talks; visual impairment and performance; science communication and the ethics of magic and being an atheist – and not stealing towels at hotels.

Simon’s show ‘Pieces of Mind’ is playing during the Adelaide Fringe, at the The Science Exchange on Saturday 5 March and from Tuesday 8 to Saturday 12 March. Details at http://www.aroundyou.com.au/events/adelaide-fringe-2011-pieces-of-mind-comedy.

This show is available on Zune, mp3 via Libsyn or iTunes. Visit www.tokenskeptic.org – and I’d love to get your feedback at tokenskeptic@gmail.com. Theme songs are ‘P&P’ by Derek K Miller of www.penmachine.com and ‘365? by Milton Mermikides, of www.miltonmermikides.com.