BREAKING   /
YOU ARE HERE:Home » News » Quick Update – Next Episode Imminent! I Hope…
News 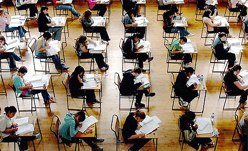 Welcome to a future catching-up episode of Token Skeptic – why catching up? Well, I have these things next to me on the table.

You can’t tell, but they’re examination papers, like the ones being done in the picture. When I’m not doing everything else that I’m doing, I’m grading papers like these.

While the subject is fantastic and the topics interesting – I mean, reading students argue their perspectives about faith and reason or ‘what is murder?‘ is great fun – but it’s still a lot of work to figure out who has argued what, how well and so forth.

Grades have to be allocated, reports written… and so the podcast pretty much disappears for about, oh, A MONTH.

In the meantime, the thesis is still being written – I don’t know if you’ve ever written about sixty to seventy pages of research but around about the time that you’ve hit the page limit and starting to go back over and work out what needs to be removed, what just plain doesn’t make sense, it begins to feel like you’re spinning wheels.

Work is getting done, it’s just not quite finished yet.

Throughout this, I still get listeners to the podcast though, which surprises me! There’s some people who are downloading earlier episodes – episodes where the sound quality isn’t the best and I know that one of them has the wrong description, which I’m going to fix up!

But there’s still listeners to the show and that’s just brilliant. I had the idea of doing this for maybe a year and that way get some of the work I’m doing to a broader audience and learn some things about podcasting as a solo podcaster – but the response has been better than I hoped.

I have a few interviews yet to be released, which will be happening in this slightly-less than hectic month in the future. But I should warn you that it’s a fairly unpredictable life I lead in terms of demands on my time. At any rate, here’s some of the encouraging things people have said:

Kate of Ohio says that she has been enjoying the show and liked the fact that there was an investigation on women’s intuition, since that seems to be one that is thrown around a lot but never looked at from a psychology perspective, more of a ‘skeptics are just dismissing it’ perspective. In fact, both episodes that feature Professor Bruce M Hood seem to be popular downloads – and thanks to both the CSI website and my column Curiouser and Curiouser and the UK Skeptic Magazine, you can see transcripts of those interviews.

Other episodes that seem to challenge people are all the ones that feature Michael McRae or Desiree Schell, and the future of skeptical activism like the 10:23 campaigns got some very positive feedback as well. There was one person who really took it personally and thought the whole thing was an attack on certain groups – and my immediate response was ‘have them on the show and talk it out’. I was really quite surprised that it happened. In another case, I had someone contact me after the Global Atheist Convention, about a misunderstanding with another skeptic, and they gave their views about pharmaceutical companies. I hope to continue shows like that in the future.

James Lippard, who is someone I greatly admire and have subscribed to his site, at discord.org,  writes in about episode 38, in particular how he is “sufficiently irritated by D.J. Grothe’s repeated reference to skepticism as a ‘worldview’

He continues on to say that There is a growing ambiguity caused by overloading of the term “skepticism” on different things–attitudes, methods and processes, accumulated bodies of knowledge, a movement.  To date, there hasn’t really been a capital-S Skepticism as a worldview since the Pyrrhonean philosophical variety.  A worldview is an all-encompassing view of the world which addresses how one should believe, how one should act, what kinds of things exist, and so forth.  It includes presuppositions not only about factual matters, but about values.

The skepticisms worth promoting are attitudes, methods and processes, and accumulated bodies of knowledge that are consistent with a wide variety of world views.  The methods are contextual, applied against a background of social institutions and relationships that are based on trust.  There is room in the broader skeptical movement for pluralism, a diversity of approaches that set the skepticisms in different contexts for different purposes–educational, political, philosophical, religious.  An unrestricted skepticism is corrosive and undermines all knowledge, for there is no good epistemological response to philosophical skepticism that doesn’t make some assumptions.

Trying to turn skepticism into a capital-S Skeptical worldview strikes me as misguided.”

Oh, and he has this additional point about the interview with Jayson Cooke, about episode 36:

“One of the most interesting things to me about Creation Ministries International is that they also promote a “UFOs are demons” theory, via their CMI-Australia speaker, Gary Bates.  It’s a rare crossover between creationism and ufology that also popped up in the Arkansas creationism trial in 1981 (McLean v. Arkansas Board of Education, decided in 1982), in the testimony of Christian apologist Norman Geisler (and probably helped discredit his testimony).”

Other people who have written in have asked if they’ll see me at TAMOz – so that’s a yes to Jin and to Travis, and to Michael and Sarah. Thanks very much for your support, it’s a wonderful thing to know that there’s listeners who have followed me to this podcast and will meet me in person, especially when I live so far away!

For those people who asked about doing something like the ethics program in NSW, as in episode #28 with Phillip Cam – I’ve suggested contacting the St James Ethics Center or even the Federation for Australaiasian Philosophy in Schools – I’m fairly certain they can give you some pointers about encouraging critical thinking via community helping schools. I also know that Cam is working on a database on ethics in Primary Schools use across the country – so if you’re interested, I’ll see about getting more news on that.

Big hello to Clifford who drives a taxi and listens to skeptical podcasts – including mine, that’s really appreciated considering how long it’s taken for mine to be released!!

Other feedback has included people asking if I can promote their shows, and I’m more than happy to do that! After The Amazing Meeting Australia, I’ll be in Melbourne, attending one of the shows by George Hrab.

Finally – there’s a few other places that you can find discussions of the Token Skeptic podcast – they include the Atheist Foundation of Australia forum board and the Australasian Skeptics forum board – there’s a fellow podcaster there from Canberra who has recently launched their show and here’s some details about that!

Many thanks to everyone who has written in and I hope you keep listening and forgove the occasional lapses in regularity – I don’t think I’ve even come up with a regular day for releasing the podcasts, although I try to make it more of the ‘beginning of the week’ rather than the end. Maybe I should have a listener’s vote on that or something.

Until then, please keep writing in and sending in feedback – it’d be lovely to have some reviews on the iTunes reviews, I noticed that there’s some countries that need a few more just to register as being rated. If you want to catch me in person, I’ll be at:

This was meant to be a short blogpost! 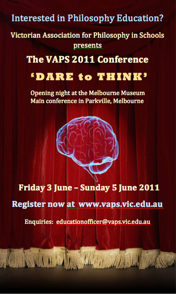 Episode Sixty-Eight – On Updates And The Stars Are Her Laboratory 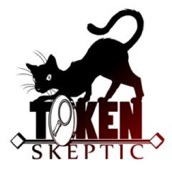