BREAKING   /
YOU ARE HERE:Home » Podcast Episode » Episode One Hundred And Eighty One – On The Checkout – Interview With Julian Morrow
Podcast Episode 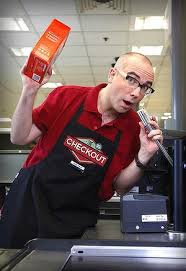 From cradles to graves, everyone’s a customer – and we have the right not to remain silent. Each week, The Checkout takes a no-holds-barred, irreverent and entertaining approach to explaining and exposing the ways that all of us are being ripped off.

For this interview, I speak to Julian Morrow – who first became interested in consumer issues in 1974 when he was born due to contraceptives that failed to work as described. He spent the 1980s and 90s on hold waiting to speak to customer service representatives.

He has been tagged as a problem customer on the internal records of several Australian companies. The Department of Fair Trade has recognised him as an official exception to the maxim “the customer is always right”.