BREAKING   /
YOU ARE HERE:Home » Podcast Episode » Episode One Hundred And Thirty Five – On Testing Shuzi Qi Claims With The Merseyside Skeptics
Podcast Episode 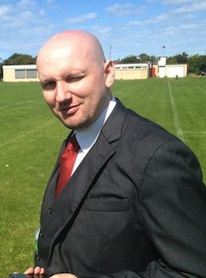 Today is the launch of a video by the Merseyside skeptics, called Testing the Shuzi Sports Band. In order to find out more about its creation, I spoke to Mike Hall of the Merseyside Skeptics.

In the video, you can see Vice-President Michael Marshall and other members of the Merseyside Skeptics put these so-called athletic enhancement devices to the test. It’s already made a splash in the Guardian and Daily Mail newspapers in the UK!

Sports performance technology manufacturers Shuzi Qi came under fire today after product tests revealed their performance-enhancing wristband to be ineffective. The £60 wristband, sported by Dancing on Ice star Jennifer Ellison on the BBC 1 show earlier in the year 1 6, is claimed to contain a proprietary chip programmed to “resonate with blood cells’ natural frequencies”, causing blood cells to “separate and un-clump” 2 – claims which have been dismissed as meaningless techno-babble by the Merseyside Skeptics Society 3.

In a video released today, the group enlisted a semi-professional rugby player to pit the ‘real’ Shuzi band against an identical, deactivated band. Despite marketing claims that the product aids a player’s performance, the demonstration showed that when a player is unsure which band he’s wearing, the £60 product makes no discernible difference.

Theme songs are by Kevin McLeod, called “Cold Funk” and “P&P” by Derek K. Miller of www.penmachine.com and “Leap Second” by Milton Mermikides, of www.miltonmermikides.com.

Episode One Hundred And Thirty Four - On ScienceRewired - Interviews On Science, Society And Education