BREAKING   /
YOU ARE HERE:Home » Podcast Episode » Episode Two Hundred And Three – On After The Gold Rush, Skeptical Archaeology And Light For Riley
Podcast Episode

Episode Two Hundred And Three – On After The Gold Rush, Skeptical Archaeology And Light For Riley 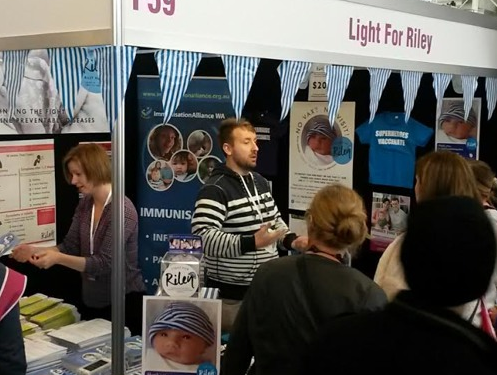 Welcome to episode #203 of the Token Skeptic podcast!

Where’s all the skeptical fiction and comic books? There’s not much out there – but After The Gold Rush is after your support to make a difference.

A comic inspired by the rise of the skeptical, science, and Atheism movements, After The Gold Rush is a story about a child born on a satellite – our furthest reach from home. Ignorant to the dire transaction the world has made, she returns sleeping in her capsule… and the story begins.

I spoke to Miles Greb – creator and writer of After The Gold Rush, on the impending launch of the Kickstarter you can contribute to – check it out today at http://www.afterthegoldrush.space

The Pregnancy Babies & Children’s Expo was held over the weekend in Claremont, and for many attendees it was a chance to meet Greg and Cath Hughes, the parents of Riley.

Light for Riley is a fundraiser in memory of Riley Hughes who tragically passed away at PMH this year from whooping cough. He was 32 days old.

The support for the fundraiser also resulted in WA’s free vaccination program for pregnant women – it was introduced shortly after Riley’s death, and continues to have pro-vaccine ripple effects nationwide.

RTRFM reporter Kylie Sturgess spoke to the Hughes, as well as Katie Attwell from the Immunisation Alliance of WA, and immunisation nurse Kerryn Lajoie.

Michael Tellinger is currently touring the country, with talks about his new South African political party, his views on a currency-free society… and much more.

To investigate his claims further, I interviewed Michael Tellinger while he was here in Perth – and I also spoke also to archaeologist Dr Martin Rundkvist from Science Blogs’ Aardvarchaeology and to psychologist Dr Mark Henn from the University of New Hampshire. They had plenty to say about the theories of Michael Tellinger – and good points in general about how to approach claims that may seem more science fiction than fact.