BREAKING   /
YOU ARE HERE:Home » Podcast Episode » Episode Two Hundred And Seventeen – On The Idiot Brain And The Elegant Universe
Podcast Episode 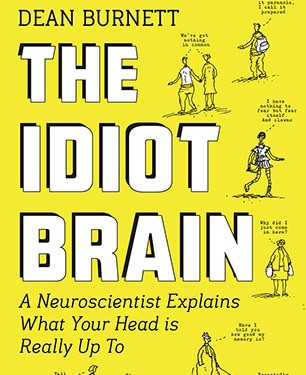 Welcome to Episode #217 of the Token Skeptic podcast!

Dr Dean Burnett is a neuroscientist working as a tutor and lecturer based at Cardiff University’s Institute of Psychological Medicine and Clinical Neurosciences. His Guardian Science blog, ‘Brain Flapping’, has been viewed over 13 million times in the last three years – and now he has a new book out, called The Idiot Brain: A Neuroscientist Explains What Your Head is Really Up To.

Unpredictable and entertaining, Burnett’s account gives us up-to-date research and the principles of neuroscience along the way. Looking at memory, intelligence, observation, social interaction and personality, Burnett explains why: memory is like a doting mother; tall people are more intelligent; criticism is more powerful than praise and much more.

This has been a great month for science communication in Australia.

Touring now with Think Inc, Dr Brian Greene is professor of physics and mathematics at Columbia University. He’s written one of the great popular science books of the 20th century – The Elegant Universe, which is about String Theory. He followed it up with a look at the nature of reality – from Newton to Einstein and beyond in The Fabric of the Cosmos.

As if all that wasn’t enough, he and co-founder Tracy Day established the World Science Festival (the first Brisbane offshoot of the festival just concluded this month). It’s an event that celebrates science on a world stage, with over a million visitors since 2008. I began my interview with him, just before the Perth show of his tour, by asking how he got started in space.