BREAKING   /
YOU ARE HERE:Home » Podcast Episode » Episode One Hundred And Sixty One – On Vaccinations – Interview With Associate Professor Peter Richmond
Podcast Episode 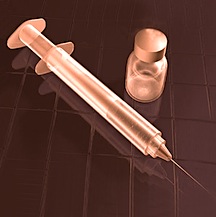 On Tuesday, May 21st, the State Government of Western Australia launched a new strategy aimed at improving immunisation rates among Western Australian children, to prevent outbreaks of diseases such as measles, rubella and meningitis.

In order to learn more, and feature the interview on the student station that I contribute to as a part of my radio studies, I interviewed Associate Professor Peter Richmond.

Associate Professor Peter Richmond is the Head of Division of the Vaccine Trials Group; Associate Professor, School of Paediatrics and Child Health, University of Western Australia and a Consultant Paediatrician and Paediatric Immunologist, Princess Margaret Hospital for Children.

Tremendous thanks to Rachel Mulholland for helping with the interview, and to Boom Radio for allowing me studio time.