BREAKING   /
YOU ARE HERE:Home » Podcast Episode » Episode One Hundred And Forty Six – On Savita Halappanavar – Interview With The Skeprechaun Podcast
Podcast Episode 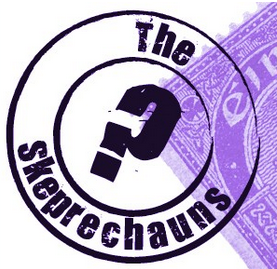 This episode focuses on my questions of the Skeprechaun Podcast – produced by two Irish skeptics Rebecca and Fionnula, looking at their excellent episode #33 called “For Savita”. Both episodes contains potentially distressing content, as we both talk about the death of Savita Halappanavar.

While the podcasters Rebecca O’Neill and Fionnuala Murphy of Skeprechauns have lively, entertaining and often humorous takes on issues involving skepticism and science, their most recent episode looked on the death of Savita Halappanavar, 31, from India, who died of septicemia on October 28 2012 – four days after asking for medical termination. As of the release of this episode, Savita’s family have given the Irish government until this Thursday to agree to an independent public inquiry into her death or face a European court battle.

Rebecca O’Neill is a designer, a student for a post-graduate degree in museum studies and is an organiser of Dublin’s Skeptics in the Pub, along with podcasting for the Irish podcast The Skeprechauns. She is on Twitter at http://twitter.com/restlesscurator.

Fionnuala Murphy from The Skeprechauns works in finance, is also an organiser of Dublin’s Skeptics in the Pub, is the secretary of a science fiction, fantasy and horror film festival, along with organising science fiction conventions in Ireland. She is on Twitter at http://twitter.com/ickle_tayto.

We tackle the unfolding news story of the tragic death of Savita Halappanavar. Here are a few links  mentioned or where you can find more information:

The Skeprechaun Podcast episode “For Savita”