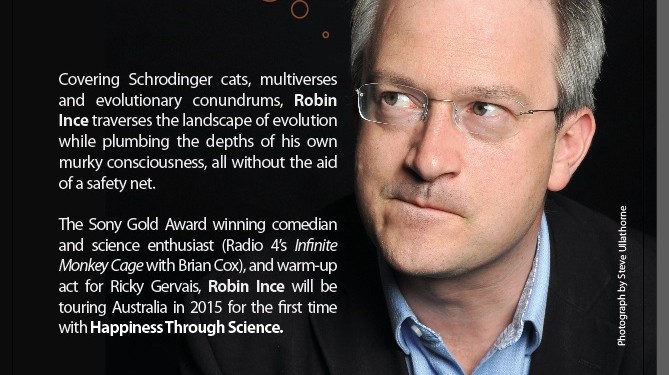 Robin Ince is coming to Australia! He will not be bringing zombies, but will be bringing his science/comedy A game, with “Happiness Through Science”. Proudly presented by the Atheist Foundation of Australia.

More details and links to tickets at http://atheistfoundation.org.au/robinince