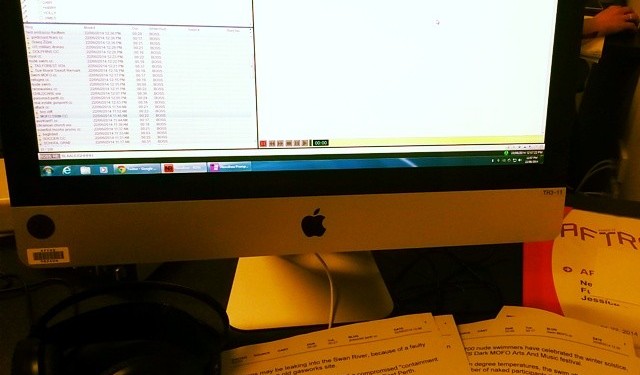 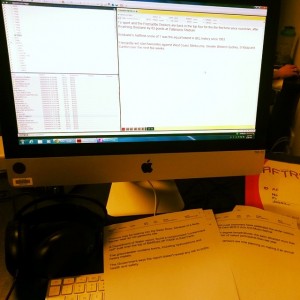 This is a bright and brisk blogpost to answer some of the questions from fellow radio students at the radio course I did over the weekend!

If you’re not sure about what a podcast is, check out About The Token Skeptic.

* What Are Some Good Sites To Host A Podcast If You’re Starting Out?

to begin with, then there’s a few other ideas and links out there if you search:

What I use varies according to what I’m doing!

In the field: I have used a Zoom H4, but I found the cards difficult to source and eventually, unreliable.

I was given a Zoom H1 by the class I attended for Cert III and IV for TAFE and it works well (uses AA batteries).

I currently use a Sony ICD-UX200 2GB USB Digital Voice Recorder Dictaphone, because it’s small, charges using USB and has a good directional mic on it. Just point in the direction of the person who is speaking and it does fine. It is, however, for close interviews – I wouldn’t use it for recording a conference lecture from the audience, for example. In cases like that, I’d see if I could get the conference to help me out.

I have conducted interviews via phone – I also suggest using Skype. The program that I use to edit my Skype / phone interviews is Ecamm. You pay to have it installed on two computers (Mac). It takes the .mov file and you can change it to mp3.

For editing, I have used GarageBand (Mac only), Adobe Audition, Audacity (freeware) and (while a student last year studying radio) ProTools.

If I’m short for time / being lazy, I use GarageBand (Mac only). If I’m working on a piece at length / making a bigger effort, I use Adobe Audition.

One radio station that I volunteer at uses Audacity; the other uses an earlier version of Audition. I suggest getting your feet wet with Audacity (very similar to the program that we used in the News Boss program) if you’re new to editing.

* Does Charging For A Podcast Change Anything?

I don’t charge for a podcast, but I do have very kind donors and supporters. I only ask people to pay when I actually produce something – which is more an encouragement for me (and I have to get more organised and put my radio work online for people to listen to!).

I’m certain there’s other podcasters who have paid advertising and from what I hear, there’s mixed responses to it. I’ve done surveys in the past and people are generally okay as long as the advertising is relevant to the show.

* How Long Does It Take To Produce A Podcast?

Depends. I might be at a conference and be inspired by what’s being said – write down some questions and ask to interview the person straight after. So, that’s about an hour or so of research and maybe a 20 minute interview. It might not be edited / edited much beyond removing glitches and small errors – I just put the interview into a template I use for the show and post it online.

I may have read the interviewee’s book/s, researched their career, listened to other interviews they did and then set up an interview time via Skype or phone – edited the final copy and put it online.

Some examples are interviews I did for #107 – On The Young Atheist’s Handbook – Alom Shaha or #181 – On The Checkout – Interview With Julian Morrow.

Sometimes an interview requires a lot of research and thought, if it’s a topic I’m not familiar with and want to get help finding the answers to big questions.

Sometimes it’s a topic I have had some training in or I’m familiar with the research/issue, making the interview more chatty and just getting the info out there.

It really does depend on what’s going on!

If you have any other questions, check out the earlier blogpost I did for a student lecture at Podcasting Science and Pop Culture or ask a question via tokenskeptic@gmail.com.