BREAKING   /
YOU ARE HERE:Home » Podcast Episode » Episode One Hundred And Eighty Three – On The Atheist Alphabet And Trollhunter – Interview With Catherine Deveny
Podcast Episode

For this episode, I talk to Catherine Deveny (right) – about her crowdsourced video, The Atheist Alphabet and the Melbourne Comedy festival 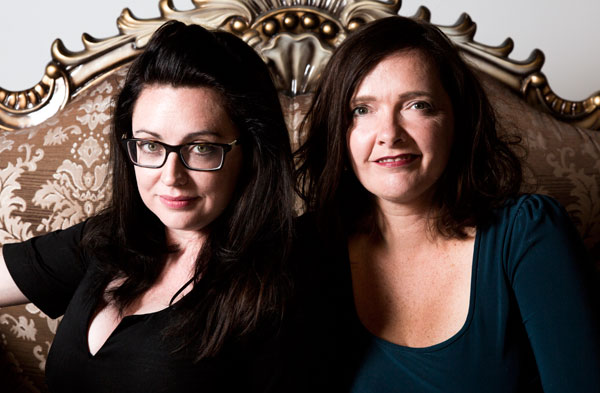 “Acid-tongued, potty-mouthed” Catherine Deveny and “Too ugly to be raped” Van Badham join forces in an hilarious battleaxe-wielding comic assault through multimedia and actual material of Internet trolls into misogyny and troll culture.

An otherwise peaceful village is given a rude awakening by the sudden appearance of a troll harassing the village’s women. The girls and women of the village are menaced by the slimy breathed, sticky fingered general disgustingness.

Fortunately a hero emerges…Catherine Deveny. Leather armour, battleaxe in tow with a support army of other pissed-off feminists from the media. Catherine goes to battle against the 21st Century’s most revolting new phenomenon The Internet Troll. Blood will be spilt.

Catherine Deveny is a writer, comedian, author, social commentator and speaker well known for her work as a columnist with The Age newspaper, as a Melbourne International Comedy Festival favourite and as an ABC regular. Wedged between her busy speaking schedule and working on two books for Black Inc Books, contributed to the recently published Destroying the Joint and is a columnist for The Guardian.

Collections of Deveny’s column It’s Not My Fault They Print Them (2007) Say When (2008) and Free To A Good Home (2009) are published by Black Inc. Her long awaited first novel and seventh book, The Happiness Show was published in November 2012 by Black Inc Books.

She performs regularly on radio and television and is widely considered one of the most gifted, versatile and prolific writers in Australia. Her voice ranges from polemic to compassionate, stand up to sermon, joke writer to speech writer and from cultural terrorist to cultural therapist. In August 2012 she appeared in the Emmy award winning Go Back To Where You Came From on SBS television with Angry Anderson and Peter Reith.

Catherine is the creator of the Gunnas Writing Masterclass, and her extensive charity and community work includes Asylum Seeker’s Resource Centre, Homeless Women and Broken Rites, amongst many others. A self appointed commuter cyclist ambassador, Deveny is the creator and curator of Pushy Women – women speaking about their life on bikes as part of Melbourne Bike Fest.

She opened the 2010 Global Atheist Convention Melbourne, Australia with Richard Dawkins, Peter Singer, Philip Adams, Dan Barker and PZ Myers and returned as a headline performer for the  2012 Global Atheist Convention. Her Melbourne International Comedy Festival one woman show God Is Bullshit; That’s The Good News, which sold out in 2010 and 2011. Her highly acclaimed 2013 Melbourne Comedy Festival how Curvy Crumpet is the first in a series of ten one woman shows over the next ten years.

Catherine’s  2014 show The Trollhunter – a collaboration with star Guardian columnist and theatre maker Van Badham – is about trolls, haters, misogyny and online morons suffering relevance deprivation. She lives in an atheist kibbutz with her partner, gay husband, various housemates and sons.

Theme songs are P&P by Derek K. Miller of www.penmachine.com and Leap Second by Milton Mermikides, of  www.miltonmermikides.com.