BREAKING   /
YOU ARE HERE:Home » Podcast Episode » Episode One Hundred And Seventy One – Interview With Nathan Gray Of BoySetsFire By Sebastian Bartoschek
Podcast Episode 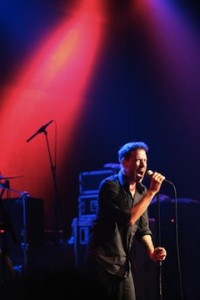 This is a special episode (with apologies for the delay!) with an interview conducted by the awesome Sebastian Bartoschek with the lead singer of BoySetsFire, Nathan Gray.

The latest album by BoySets Fire, “while a nation sleeps…” on End Hits Records has so far reached #22 on the German album charts – this interview was conducted during their German tour by Sebastian.

Check out Sebastian’s website (and all his other great works!) at his official site found at http://www.sebastian-bartoschek.de.

Photo featured by MarcelB, from www.gigsight.de, as featured on WikiMedia.