BREAKING   /
YOU ARE HERE:Home » Podcast Episode » Episode One Hundred And Sixty Six – On “And In Science” And Doubtful News Round-Up
Podcast Episode 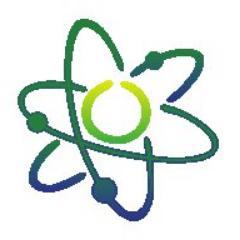 Welcome to Episode One Hundred and Sixty Six! This episode features an interview with “And In Science” creator Rohan Kapitany – and a brief update on some of the following Doubtful News items, for Saturday, 27th July 2013.

This week, I interviewed Rohan Kapitany about his petition for “And In Science”:

We, the undersigned, believe that science deserves equivalent representation to that of politics, culture, breaking news, and sport. We believe that science is both interesting and relevant, and meaningfully contributes to our understanding of the world (and universe) around us. Therefore, we hereby petition Triple J (Australia’s publicly owned youth radio station) to include an ‘In science’ report in their hourly news updates, of one or more contemporary and current science news items and of at least 20 seconds duration.

The petition for And In Science can be found here, on Change.org. Follow the progress of the petition via Twitter at https://twitter.com/andinscience.