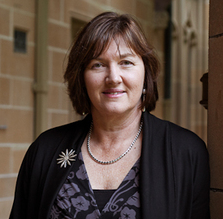 Welcome to part two of the immunisation issues in Australia investigation, here on the Token Skeptic podcast!

At the end of last month, I had the great fortune to catch up with Professor Elizabeth Elliott AM, while she was at the Telethon Institute for Child Health Research, here in my home town of Perth. She isn’t usually on this side of the country; she’s a paediatrician at the Children’s Hospital at Westmead, dedicated to enhancing child health and wellbeing through clinical care, research, education and advocacy.

In addition, she’s the Professor of Paediatrics at the University of Sydney and Founder/Director of the Australian Paediatric Surveillance Unit, which facilitates research on rare, debilitating childhood diseases, and instigated development of a national plan for rare diseases – and recieved an Order of Australia in 2008 for her service to paediatrics and child health.

The reason why I caught up with her is because she’s one the authors of a paper that was reported upon in a number of media outlets: Paediatric Active Enhanced Disease Surveillance: A new surveillance system for Australia. As reported in the Daily Telegraph:

MORE than 100 children have been hospitalised suffering severe complications of chickenpox, with alarmingly low rates of vaccination against the disease being blamed. Of 133 children treated for chickenpox complications in NSW hospitals from 2007 to 2010, only 16 were vaccinated, a University of Sydney study found.

Professor Elizabeth Elliot, whose study was published in the Journal of Paediatrics and Child Health, said the findings were disturbing given the vaccination for chickenpox has been on the childhood immunisation schedule since 2005.

For this interview, we discussed what the study involved, such the number of hospitals nationwide that took part and some of the misleading beliefs people can have about vaccinations. More details about the Paediatric Active Enhanced Disease Surveillance (PAEDS) project can be found at http://www.apsu.org.au/surveillance-systems/paeds.

Many thanks to Professor Elizabeth and her staff, and the Telethon Institute for letting us use the hallway for the interview!