BREAKING   /
YOU ARE HERE:Home » Podcast Episode » Episode One Hundred And Eight – On James Randi’s An Honest Liar – Interview With Justin Weinstein And Tyler Measom
Podcast Episode

A first for the Token Skeptic podcast: an interview with Justin Weinstein and Tyler Measom, who are the directors/producers of the 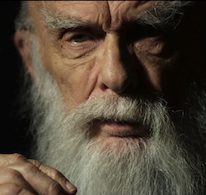 An Honest Liar profiles the life of famed magician turned professional skeptic James “The Amazing” Randi as he embarks on a series of public crusades to expose America’s beloved psychics, mentalists, preachers, and faith healers with religious fervor. Along the way, the film will show how easily our perceptions can be fooled – by magicians, con artists, and even documentaries.

Justin Weinstein has been making documentaries for broadcast, theatrical release, or commercial clients for over 10 years. Most recently, he wrote and edited Being Elmo; A Puppeteers Journey, which premiered at Sundance in 2011 (Special Jury Prize). Prior to that, Weinstein produced science and environmental documentaries, including Face Off at Coal River Mountain for Al Jazeera English, and the feature documentary about the global coal problem Dirty Business, produced in collaboration with Oscar-winning filmmaker Alex Gibney. Earlier, Weinstein produced numerous projects for ABC News, Peter Jennings Reporting, and PBS, including Hot Politics for Frontline and the ABC News special, Last Days on Earth.
Tyler Measom is the co-director/producer of the documentary film Sons of Perdition, which premiered at the Tribeca Film Festival, screened at over 45 festivals and was acquired by the Oprah Winfrey Network. Measom is also the producer of the feature film, Take, starring Minnie Driver and Jeremy Renner. He has written, produced and directed over one hundred commercials, short documentaries and industrials for a wide range of national and international clients.

An Honest Liar – Work-in-Progress trailer from Justin Weinstein on Vimeo.

Support the making of the documentary by donating at http://anhonestliar.com.

The Token Skeptic Blog – now on FreeThought Blogs at http://freethoughtblogs.com/tokenskeptic. This show is available on Zune, mp3 via Libsyn or iTunes. Feedback to tokenskeptic at gmail.com

Theme songs are “P&P” by Derek K Miller of www.penmachine.com and “Leap Second” by Milton Mermikides, of  www.miltonmermikides.bandcamp.com.