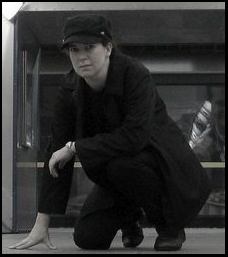 A short film from the early morning after QEDCon in London, February. This is one of my favorite parts of the city – listening to the bells at St Paul’s Cathedral, walking across the Millennium Bridge and then down the Bankside Jetty to visit Shakespeare’s Globe.

Here you can see the wrought-iron gates, called the Bankside Gates. Each emblem is inspired by insects, animals and characters from Shakespeare’s plays and were created by the best blacksmiths from around the world.

A key to the emblems is featured here: Key To Motifs On Southwark Gates.

Finally – the paving stones around the Globe list sponsors features a joke by two members of the Monty Python’s Flying Circus, John Cleese and Michael Palin.

Apparently, John Cleese paid for both his and Michael Palin‘s pavers, on the condition that Michael Palin’s name was spelt incorrectly.

Episode Sixty-Three – On Reaching Out Reasonably At QEDCon