BREAKING   /
YOU ARE HERE:Home » Podcast Episode » Episode Thirty-Four – On Saving Your Breath For Running Ponies – An Interview With Bec Crew For Science Week
Podcast Episode 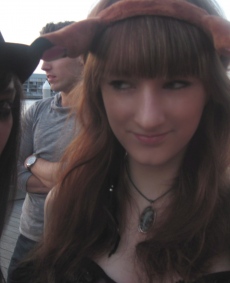 It is a great honor to celebrate Australia’s National Science Week for 2010, by interviewing science blogger Bec Crew, who writes the informative and hilarious Save Your Breath For Running Ponies! She’s a twenty-six year old Archeology graduate and journalist, who won the Big Blog Theory Competition by popular vote, earning it the title of Best Australian Science Blog. Bec works at Australia’s Cosmos Magazine as an editorial assistant.

As part of the prize, starting from August the 13th to the 29th she is attending various events for National Science Week around Australia and acting as the “official Science Week blogger”. Don’t forget, if you’re in Melbourne, to go to the Brains Matter live show on the 15th of August – she’ll be attending that too!

Both of our cats feature in the background of this particular episode, in case you’re wondering.

This show is available on Zune, mp3 via Libsyn or iTunes. Visit www.tokenskeptic.org – I’d love to hear your feedback at tokenskeptic@gmail.com. Theme songs are ‘P&P’ by Derek K Miller of www.penmachine.com and ‘365’ by Milton Mermikides, at www.miltonmermikides.com.